Today This week This month All time

For a month or so theres been a secret mission going on. Jozsef Fejes brought some controversy to the OMM community when he built a piece of software which not only scanned an image directly into the system, but that also replicated the drawing process. At the time a forum debate was held over whether his contribution was valid, however the consensus was that Jozsef had used his vast talent in programming to create a tool which was as equally valid in an artistic sense as using a mouse or tablet. This is his art.

Jozsef was also working squarely within the spirit of the project, in that he destroyed his program after use so that nobody else could use it to thoughtlessly upload images. His artistic statement was in the building, use and destruction of the tool.

Fast forward a couple of months. While the OMM is an online project, it is also a project about all society. The trouble with this is that the online world represents only a percentage of society. It has always troubled us to think that some people, whether through disadvantage or disability, would not be able to contribute.

Light bulb moment. What if we could use a Jozsefs program to enable these people to hand draw an image which can be reproduced within the OMM? Of course these contributions would be identified as such, but it would enable these groups to take part. The only snag was that the program had been destroyed.

After we contacted Jozsef he agreed to recreate the tool completely voluntarily. Its taken several months, and was much harder second time round due to the increased complexity brought about by the OMM v2.0 update, but hes done it.

You can compare the difference between the two versions of his program below. The first is his original tool, the second is the improved version. 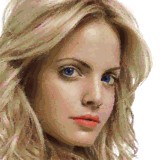 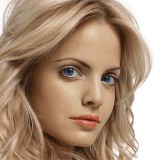 So todays Spotlight goes to Jozsef Fejes, who has spent months of his own time in helping people to contribute to the OMM project that would otherwise not have been able to. Well done Jozsef, and thank you!

Fri 10th Aug, 2007
Sterling work, Jozsef. I was plenty impressed with your work in v1.0 of the OMM, and I have now upgraded to 'impressed v2.0' - The application of your work to enable a wider demographic to participate in the OMM is fantastic.

Wed 22nd Aug, 2007
Hmm. I must be in the other camp then. I would have preferred to see a square 'drawn' by hand regardless of whether it was a masterpiece or a masterful scribble. I can't believe that true creative 'spirit' is expressed through a 'programme'. In whatever event, happening, inspirational moment you might like to disguise it in. Clever I admit, but I feel when technical know-how dominates human artistic effort, we are losing something along the way.

Wed 22nd Aug, 2007
I think you're mistaken, it will only be used to reproduce human, handmade, real paper drawings. We don't lose anything, actually it's a gain, because more people will be able to contribute. Read the article carefully :)

Wed 22nd Aug, 2007
I did read the article, and I am not mistaken. Just my view - everyone is entitled to their own view. People can still contribute regardless of their technical know how or artistic capabilites even. Which is something I have encouraged - I have admired and enjoyed all levels of drawing on here. This is my point. You lose a small part of the personal touch as it is a reproduction of something else as interpreted by a 'programme' however cleverly written. You are not allowing foibles or character from human emotion or random thought from a complicated human brain through to the hand and ultimately the mouse/pen. A programme cannot deal with such things - this is what you lose in the process. Hope that makes some sense of my opinion. And it doesn't make your square any less valid than any other. ;-P

Wed 22nd Aug, 2007
Sorry, then I was mistaken about your opinion, it does make sense. Anyway, it won't be used too often, and yes, we lose the real mouse moving part, but the people selected for this are supposed to be celebrities and bring much more fame here like Eamonn said, which is more important for the project, at least the 'bosses' believe it and me too. What if you had to choose between no celebrities and celebrities with the programme? :) Anyway, it's really not my business, I just did what I was asked to :)

Wed 22nd Aug, 2007
Hey tis cool. Enjoyed the debate . . . As mentioned nothing I could ever do, so you should be proud of yourself for being able to contribute in such a way. Enjoy :D

Thu 23rd Aug, 2007
I'd have to agree with J on this subject. I totally accept your submissions because you worked long and hard to complete your program, but still releasing it to celebrities may not do any justice. Theres also the possibility of the program leaking out and that just might become a mess, not just for this project, but for alot of other web-painting programs, especially ones offering monetary or other rewards for top rated drawings. Cus then we get into shaky grounds, because the people that use the program didn't put hard work and art into it, it's also impossible to monitor to make sure people don't just put photos through the program rather than art. I commented on the journal thing too. Lastly, I have doubts on celebrity involvement. Why would making it easier to create something look like a masterpiece attract celebrities, is it implied that celebrities are lazy or fear showing off their sometimes not-so- good art styles? Theres MILLIONS of students around the world and I think the "bosses" should reach out to them more. Write a kind letter to all of the top high schools and art departments of top colleges around the world, I guarantee students will answer the call. Peace

Thu 23rd Aug, 2007
It will not be released to the celebrities, which means it won't be leaked. Celebrities drawings will be sent to OMM on paper, and OMM staff will upload them. (Even if it leaks, its drawings can very easily be detected, but it just won't get out :).) Trust me, only real artistic work will be published here, my program doesn't endanger that. (And by the way, my program is complex, but not that complex that only I could do it. There's thousands of people out there who could easily make something similar.) Your comments suggest that you believe that celebrities are afraid that they can't draw so they upload something which is a masterpiece: that's not true, only their handmade drawings will be uploaded, that will be their own style, with all the errors and imperfections.